Since “A Christmas Carol” by Charles Dickens was first published in 1843, this novel has become so popular in the Anglo-Saxon world that it is impossible to imagine Christmas without referring to it. The story immediately inspired several adaptations for the stage and has since been released in theaters around the world in hundreds of different forms. Now Face 2 Face Theater Co., experts in the art of making people laugh, have made a new adaptation which expresses their particular comedic vision.
Set in London during Victorian times, where the privileged thrived in their lavish halls while the poor struggled to survive, “A Christmas Carol” speaks to all ages, as it reels the story of the cynical Ebenezer Scrooge.
With his heart hardened by a tragic childhood and a lost love, Scrooge would have preferred that Christmas did not exist in order to remain a joyless miser, until one Christmas Eve, he receives the terrifying visit of the three Christmas spirits:  one from the Past, one from the Present and one from the Future, who reveal to him his stinginess and awaken him from his reality.
Face 2 Face recreates the magic and humor of this timeless classic, while the viewer laughs out loud and reflects on the joy of sharing. With its traditional carols, hilarious gags and theatrical magic based on mime and visual comedy, this show is the perfect Christmas gift for English speaking audiences as well as people with a good level of English. 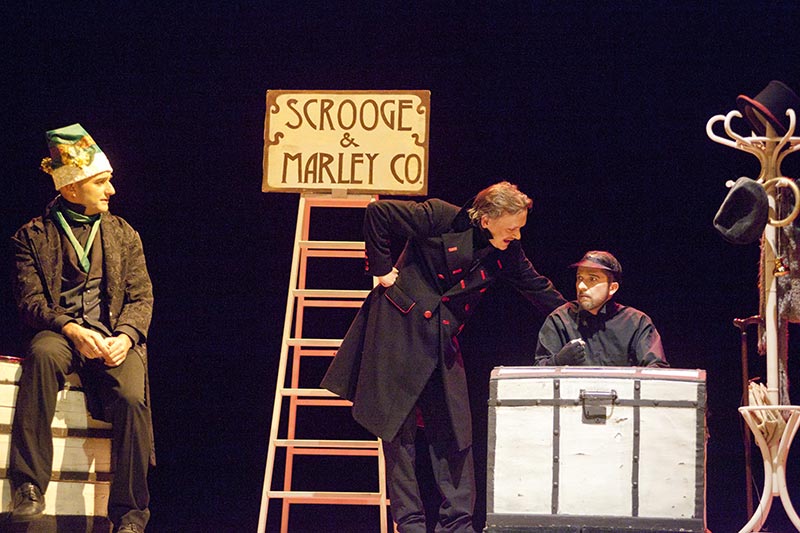 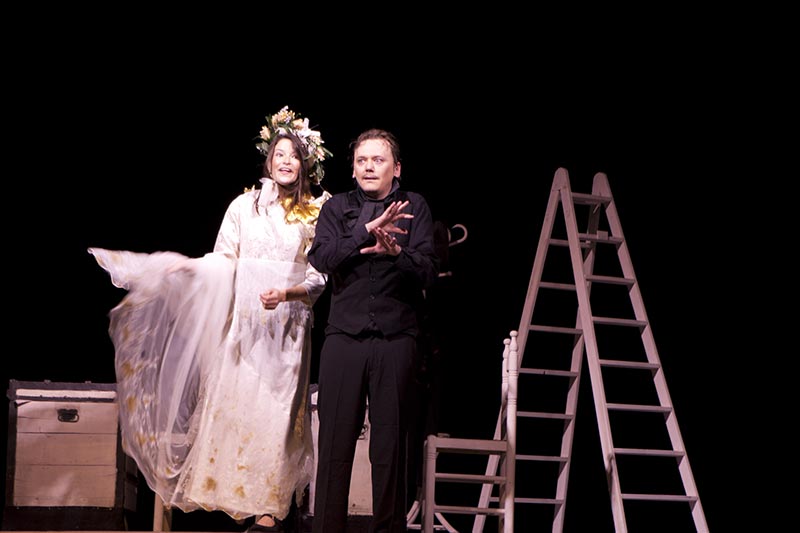 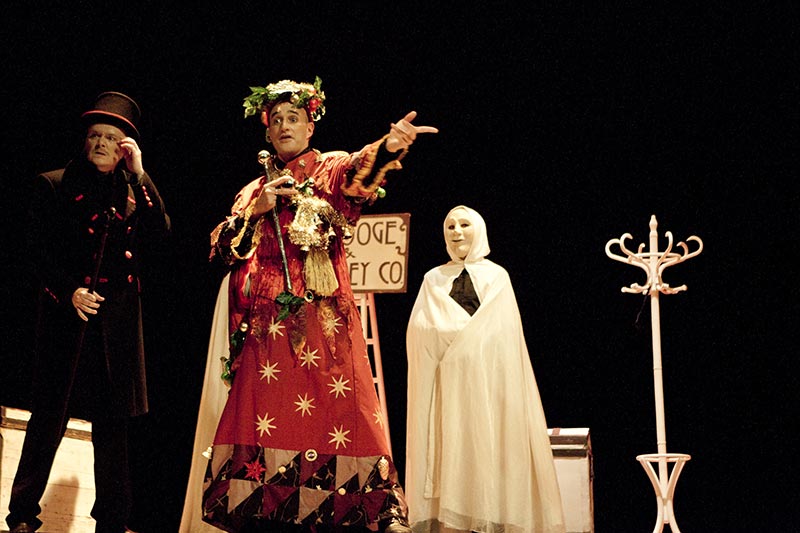 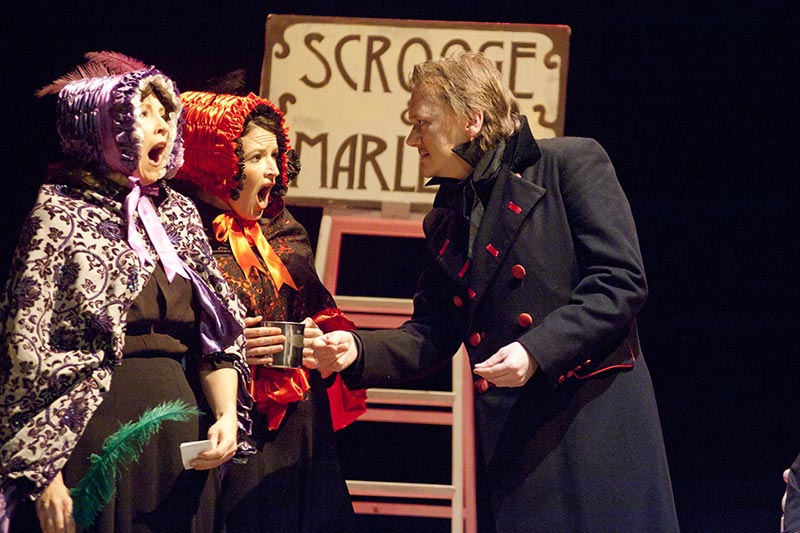 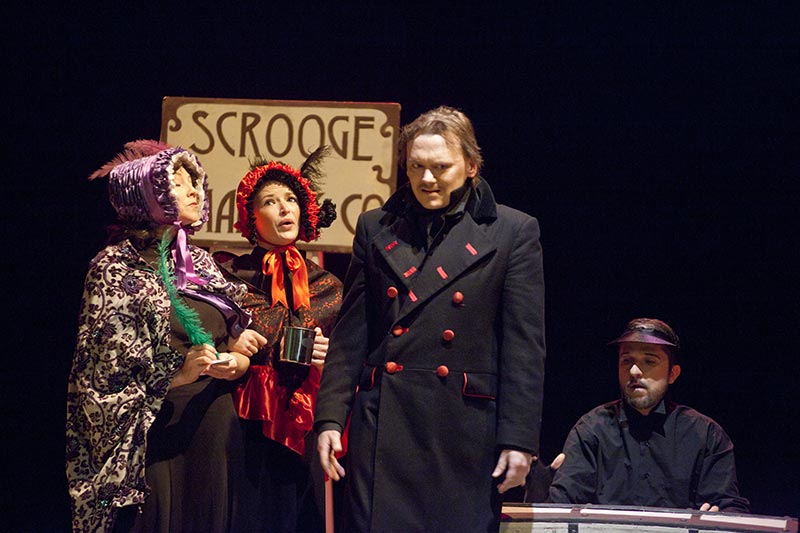 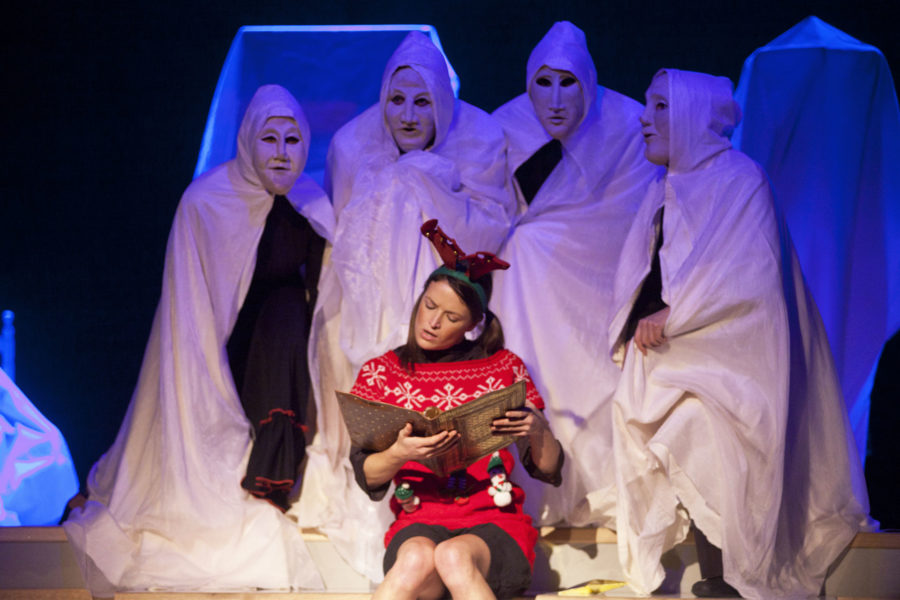 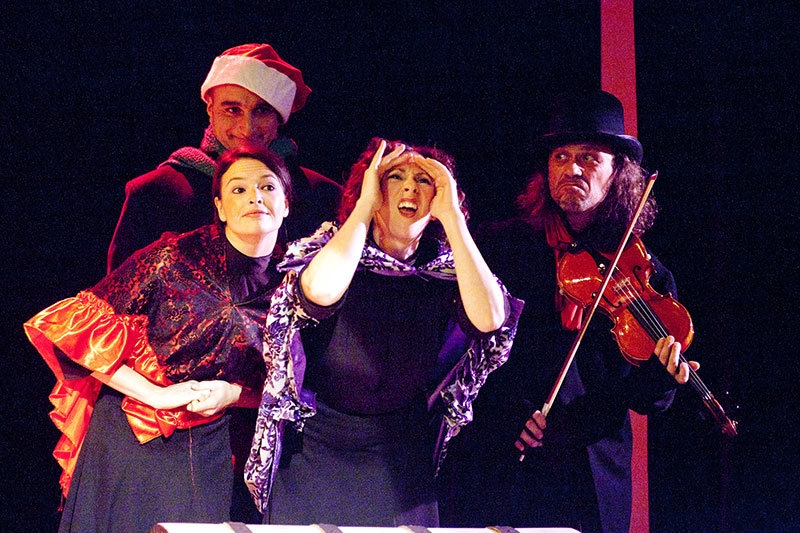 Ticket distribution for the shows: tickets will only be handed out in person on Tuesday, Wednesday and Thursday before the show from 10:00 to 13:30 and from 16:30 to 18:00. More information and tickets.

Take advantage of our Family Pack promotion on tickets!

“Very good actors and staging. There are very funny gags throughout the play and little musical numbers. Lovely performance of “Silent Night”.”

“Adaptation of a classic at a children’s level but also suitable for adults. The English is easy-medium level and very fluent. Perfect for a wide range of ages. They interact with the audience in a comical way, combining fear, laughter…very entertaining.”

“The staging is fantastic, with a mix of traditional and some contemporary touches. It transports you to the magical settings of the fairy tale – highly recommended!”