‘The Phantom of the Pop Era’ returns to the Fígaro 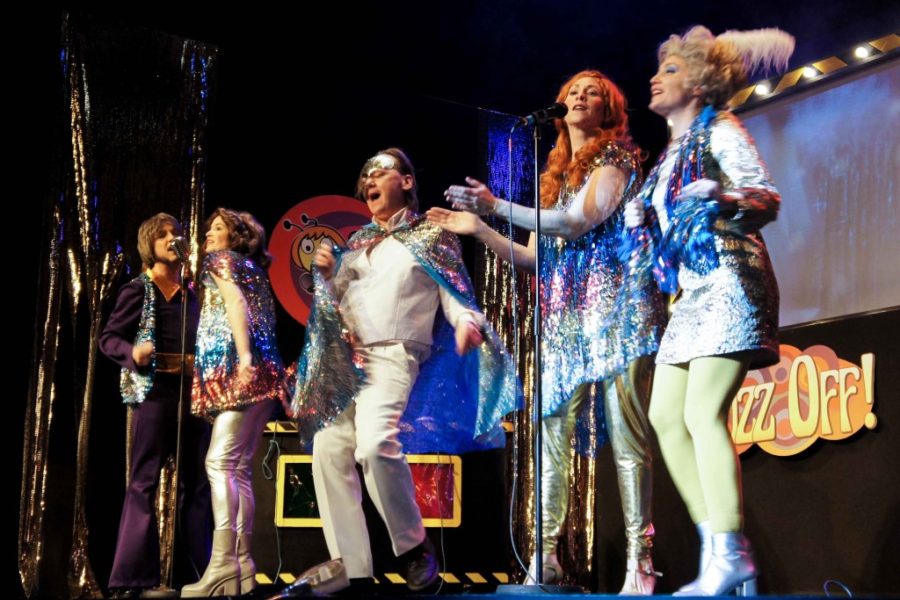 This Sunday, 29th October, F2F’s groovy musical, Phantom of the Pop Era, is reopening in the Teatro Figaro. We took a moment to talk to the show’s director, Paolo Abbate, to find out all about it!

Q. The title sounds very much like ‘The Phantom of the Opera’… does the show have anything to do with the famous Andrew Lloyd Webber musical?

A. Yes and no. Like Lloyd-Webber’s musical, our story is based on Gaston Leroux’s classic novel ‘The Phantom of the Opera’. However our version takes place in an American television studio in the 1970s, during a talent contest. We have original songs with a 1970s sound byte, and give the story a comic twist!

Q. This is the second time F2F have run the show in the Figaro – the first time was in spring this year. Have you made any changes this time around?

Q. For those readers who do not know the story, can you give us a brief summary of the plot?

A. On the set of a 1970s television game show, different contestants sing in from of a panel of judges. It looks like the beautiful Carlotta is set to win the show. However, a mysterious figure is lurking in the shadows. He calls himself ‘The Phantom’ and he is an amazing musician. He wants a different singer, Christine, to win the competition. He writes her songs for her and he has been giving her singing lessons. But she has never seen his face! He is her secret admirer and his real name is Eric. He is love with Christine and he will do anything to help her win the show. Even commit murder…

Don’t tell us any more, we don’t want to ruin the surprise! We wish you and the cast luck for the grand opening on Sunday, and we look forward to seeing you in the theatre. Break a leg!