Back by popular demand Face 2 Face Productions re-opens its sell out show at the Teatros Luchana in Madrid – Every Saturday from the 1st of October – 26th of November 2016. Celebrating Shakespeare has never been more fun! After all: «all the world’s a stage!»

Don’t miss out on Madrid’s best show in English… Just «as you like it!!» 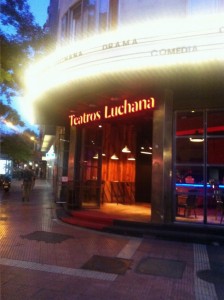 20016 marks the 400th year since the death of the unequivocal genius that was Sir William Shakespeare and what better way to celebrate Big Willie’s continued posthumous success than to put on a play… Time to call in the Rude Mechanicals!

This October sees the return of Face2Face’s previous hit adaptation of “A Midsummer Night’s Dream,” having transferred to fantastic theatre space of Teatros Luchana (Metro Bilbao) in Madrid.

Face 2 Face Theatre’s version of the show uses a mix of original prose along side modern English to cater to all types of audiences; from native to learner, young or old; employing physical comedy to bring this fantastical story of love, confusion, magic and mischief to life. Theatre in English; in Madrid, at its best!

Set in India at the turn of the 20th Century; the show fuses English Imperialism with the exotic and the spiritual traditions of the East. 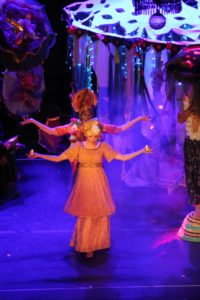 Shakespeare has clearly matured well, with audiences always keen to lap up a new production of his hallowed work, so how is it that Shakespeare’s writing is as pertinent today, as it was when it was was originally written for his Elizabethan audience?

One of the pivotal reasons why Shakespeare’s texts have sustained such success over the centuries is due to his choice in subject matter. So what are the key themes in A Midsummer Night’s Dream? Shakespeare loved his sub plots and sub themes but let’s focus on Love, Status, Power Play and Magic.

Love and its attributes are what emotionally bind us as a community. Love is often the common link between culture, gender, age and status. It’s essential for forming relationships, whether they are professional or personal and although circumstances vary and have evolved over the years, the formula remains pretty much the same. 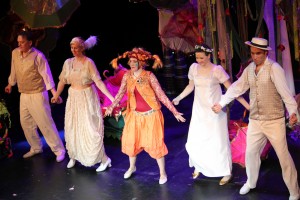 morial people have concerned themselves in the attainment of true love and the search for happiness, however “the course of true love never did run smooth,” confesses Lysander; one of the lovers from the Play. The difficulties of love and its obstacles in A Midsummer Night’s Dream, help to provide humour, pathos, excitement and pace to the play and indeed love presents itself in many different forms: unrequited, misconstrued, conceited, false and true. Of course as in all great comedies, by the end of the play all is resolved and who can deny: we all love a happy ending!

Status and Power Play can have a direct effect on love and relationships. After all Demetrius and Hermia’s is an arranged marriage, which one could argue is the catalyst for the ensuing mayhem.

Demetrius is in love with Hermia but Hermia goes against her family’s wishes, as she loves Lysander and Helena her best friend loves Demetrius! As Puck exclaims: “What fools these mortals be!” As a result Oberon; The King of the Fairies, manifests his power by using a magic love potion, not only on the four lovers but on Titania his Fairy Queen and one of the poor actors preparing to perform at the wedding reception; with farcical results!

This continuous power play between Titania and Oberon is predominated by the mischievous Puck who constantly messes up, provoking hilarious consequences. What’s more, Puck book ends the play; addressing the audience directly and often acting as a guide to clarify any confusing plot twists. Perhaps it is Puck then who ultimately holds the highest status of all, whimsically manipulating both mortal and celestial characters for his own and the spectator’s diversion.

The use of magic within the play allows both modern and traditional audiences alike to accept the strange and supernatural goings on: love potions, ethereal creatures and enchanted forests offer childlike escapism into a fantastical world where anything can happen.

So there you have it! With such juicy subject matter no wonder we can’t get enough of The Bard’s “best – seller!” Come and let us whisk you a way with the wonderful words of William Shakespeare and delight at the dalliance and the disingenuous goings on in the magical setting of India. We guarantee that you will leave the theatre wondering if it was all just a glorious Midsummer Night’s Dream!