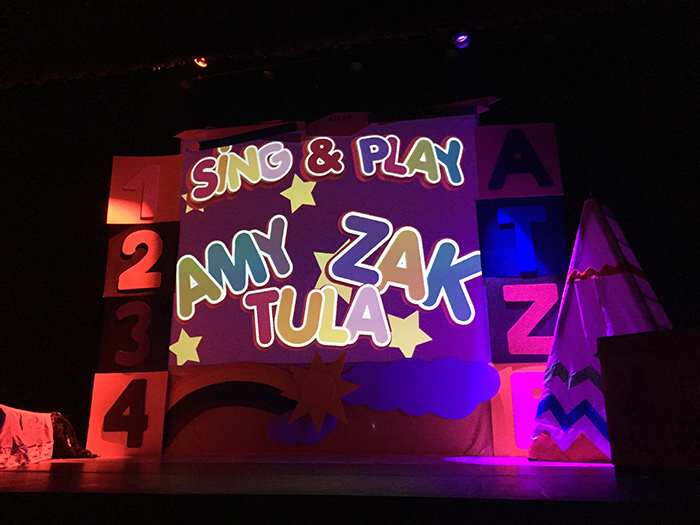 An interview with Beth Cohen, the writer and director of our children’s musical ‘Sing & Play’, which

opens at the Teatro Figaro next Sunday, 9th October, 12.30h

So, tell us a little about the show… What age range is it for and what can we expect? 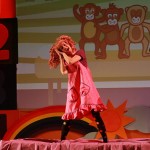 Sing and Play is a fun musical for the youngest members of the family, from 3 to 7 years old. Previous knowledge of English isn’t necessary, although most of the children who come to see the show will already be learning English at school. The show contains a complete vocabulary revision, from colours and numbers to animals, clothes, weather, transport, body parts… the idea is to motivate the children using familiar vocabulary in fun scenes with a great storyline, and encourage them to take an active part in the show, joining in with the songs and the dances, vocalizing words and phrases and responding to the actors. From the moment the show begins the children are totally involved and live the adventure alongside the three protagonists. We hope they leave feeling that they have made three new friends! 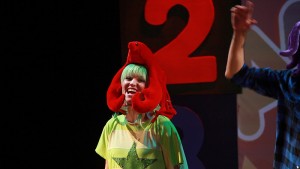 What about the music? Are the songs popular or have they been written especially for the show?

A mixture of the both… we have included a good selection of popular children’s classics which will have everyone singing along and dancing in the aisles, combined with one or two new upbeat numbers which we have written especially for the show. The theme tune is particularly catchy!

Tell us about the story. Where is the play set and what happens? 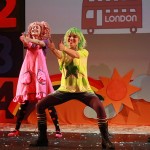 The show is set in England, and takes place on the first day of the school holidays. A family of three – one brother and two sisters – are trying to decide where they would like to spend their school holidays.   They consider various options (the beach, the jungle, the moon…) before deciding that their ideal destination is London. The show is full of laughter as the trio play, sing and imagine each holiday destination together. Finally, they pack their suitcases and set off together on an exciting adventure!

Sing and Play has a very special set, as we have a gigantic video projection screen that plays animations to accompany each of the musical numbers. Especially for very small children, the combination of colours, lights and visual stimulation really holds their attention. The set, props and costumes are colourful and oversized, and favourite special effects include a bubble machine and giant maxi-balls which bounce around the audience.

Is this a new show, or have Face 2 Face performed it before?

We premiered the show last autumn and it played for the whole season at the Teatro Infanta Isabel (c/Barquillo). This year we’re bringing it back due to popular demand, with a few tweaks and in a new venue, the Teatro Fígaro (c/Dr. Cortezo). So for those of you who have seen the show already, there will be a few surprises, and for those who haven’t, if you have children aged 7 or under, please do come along on Sunday morning to sing & dance with our happy A-Z family! 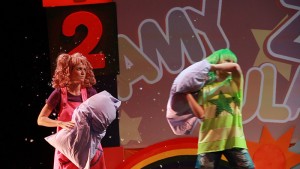 That sounds great! Where can we get tickets?

Either online through Atrapalo, through the Smedia webpage gruposmedia.com, or on the ticket websites entradas.com, ticketea, ticketmaster or El Corte Inglés. Tickets are also available in person from the box office of the Teatro Fígaro. I look forward to seeing you there!