In February, Face 2 Face’s popular classic Jekyll and Hyde will be returning to the Figaro Theatre in Madrid.  The production is based on Robert Louis Stevenson’s famous novel The Strange Case of Dr. Jekyll and Mr. Hyde, adapted for the stage in a comic and original interpretation especially designed for non-native speakers of English.  We took the opportunity to investigate the life and work of this great author, whose books are known and loved by children and adults all around the world. 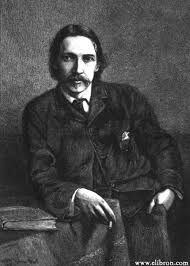 Robert Louis Stevenson has written some of the most popular works of fiction to appear over the last two centuries. His most famous novels are Treasure Island and Kidnapped, two of the most exciting adventure stories of all time. However, the life of Robert Louis Stevenson was almost as interesting as his books… although there aren’t any terrifying encounters with pirates in his life story! 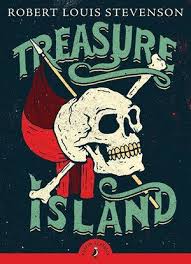 Robert Louis Stevenson was born on the 13th of November, 1850, in Edinburgh, Scotland, to Thomas Stevenson and Margaret Isabella Balfour. As a child he was often unwell, and unfortunately had health problems all through his life.  In November 1867, at the age of seventeen, Robert Louis Stevenson started studying English at Edinburgh University. However he wasn’t very interested in his studies and preferred to practice his writing instead. He copied the style of other famous writers of the time, such as Daniel Defoe (the author of Robinson Crusoe).

Stevenson soon discovered a passion for travel, and his journeys became a source of inspiration for his stories. He journeyed across America and almost died whilst he was chasing an American woman he had fallen in love with. He recounts this experience in his travel memoirs The Amateur Emigrant, and the novel The Story Of A Lie in inspired by his romantic plight. Eventually Stevenson married that same woman, Fanny Osbourne, in 1880, after she divorced her first husband.

Unfortunately Robert Louis Stevenson’s health began to fail, and between 1880 and 1887 he suffered from haemorrhages to his lungs. Despite his health problems, it was during this period that he wrote his most famous novels, Treasure Island (1883), Kidnapped (1886), The Strange Case of Doctor Jekyll and Mr Hyde (1886) and The Black Arrow (1888). 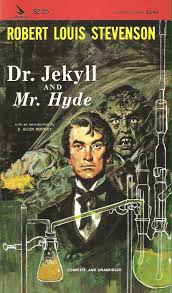 During his lifetime Robert Louis Stevenson penned an incredible number of books. He continued to travel often and eventually moved to the South Pacific, where he lived on various different islands, including Hawaii and Samoa. Here he grew increasingly ill and also began to feel homesick for Scotland. Even 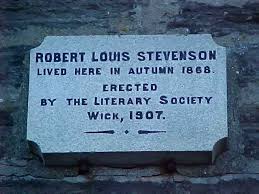 though he loved Samoa, he remembered his home country and missed it terribly. Stevenson died of a stroke on the 3rd of December 1894 whilst still in Samoa. His death was a blow to the literary world, as by this time Stevenson had become a legend both for his writing and his love of adventure, and his stories were famous all over the globe.