For the youngest students at school, Face 2 Face offers storytelling shows and also theatre shows with songs, dancing, puppets, mime and eye-catching set and costumes to captivate the attention of the students. We are about to begin our schools tour and this season we are offering the show ‘Jack and the Giant‘, an adaptation of the classic tale ‘Jack and the Beanstalk‘ which has especially designed for reception classes and 1st-2nd primary students. Here is our version of the story in English, which will be delighting youngsters and their teachers alike throughout the school year. We will be traveling to schools and theatres all over Spain – including the Balearic islands – until June 2019. We hope you enjoy reading the story and we look forward to meeting you on our travels!

Jack and the Giant 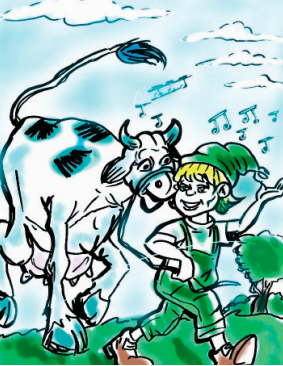 Jack goes to market and sells Daisy for 100 gold coins. But on the way home he meets a wizard, who shows Jack three magic beans! Jack takes magic beans and gives the wizard his 100 gold coins. When he gets home, Jack’s mother is very angry. She throws the beans on the floor and sends Jack to bed without dinner.

But the beans are magic beans, and during the night something very special happens… a huge beanstalk grows from the beans! It grows up, up, up into the sky and out of sight.

The next day, Jack wakes up. He washes his face, he gets dressed and he has breakfast. Then he sees the beanstalk! It is very tall. It is very big. And it stretches up, up, up into the sky. 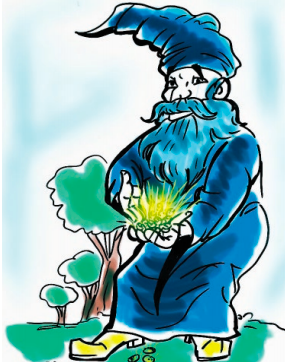 Jack climbs up the beanstalk and reaches a castle. A giant lives in the castle. His name is Simon and he is very VERY big. And very sleepy! He says:

“Fee-fifo-fum, I smell the socks of an Englishman!”

But Jack hides, and the giant cannot find him.

The giant has some delicious food… some ham, some cheese and some bread. Jack steals the food… yum, yum! The giant says:

“Fee-fifo-fum, I smell the socks of an Englishman!”

But the giant cannot find Jack.

The giant has a chicken called Goldie. He says:

And the chicken lays a golden egg. The giant tries to count his golden eggs… but Jack keeps stealing them!

The giant says: “Fee-fifo-fum, I smell the socks of an Englishman!»   But he cannot find Jack. So he goes to sleep. 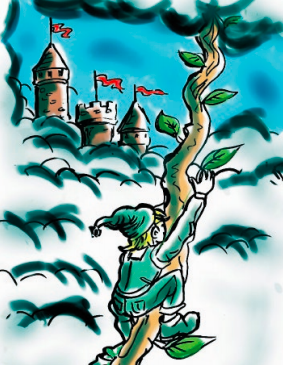 The giant has a magical harp that can play beautiful songs. He starts to play the harp, and Jack dances. The giant sees Jack! Oh, no!

Jack runs away as fast as he can. But the giant chases him!

Jack climbs down the beanstalk as fast as he can. But the giant chases him!

Jack has an idea. He fetches an axe and chops the beanstalk down: chop, chop, chop… and the giant falls to the ground.

Jack is happy. He has some ham, some cheese, some bread… and a chicken that lays golden eggs! Jack and his mother live happily ever after.